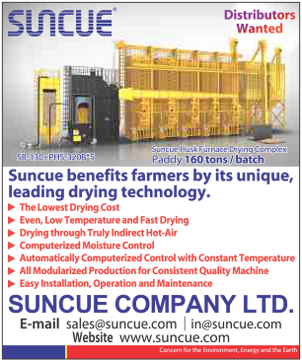 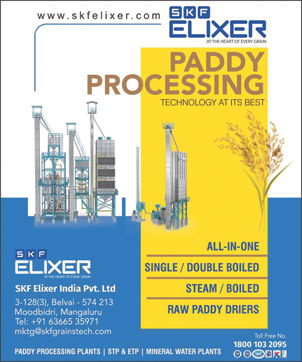 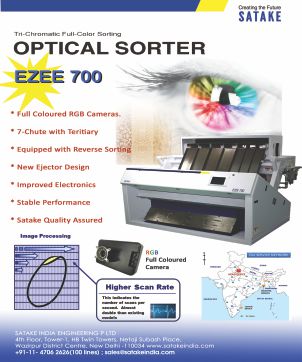 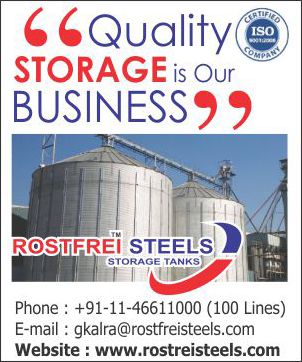 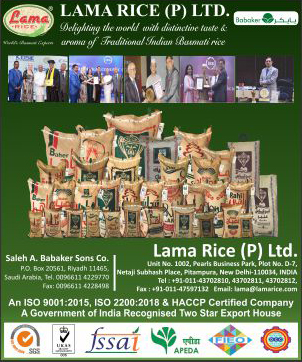 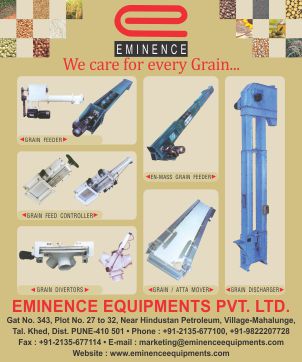 The apex body for India’s pulses trade and industry, India Pulses and Grains Association (IPGA), announced the appointment of Mr. Bimal Kothari as the new Chairman on 14th April 2022 with immediate effect while Mr. Jitu Bheda steps down as the current chairman. Mr. Bheda was appointed as the Chairman of IPGA on 25 April 2018. Shri Bimal Kothari assumes charge as the third President of the Association after Shri Praveen Dongre and Shri Jitu Bheda. One of the key founding members of the Association, Mr. Kothari has been the Vice President of IPGA since 2011, when it was formed.
Commenting on the appointment of the new Chairman, Mr. Jitu Bheda, out-going Chairman, IPGA said, “IPGA is delighted to appoint Mr. Bimal Kothari as the new Chairman after getting unanimous approval from all members of the committee. He is precisely the kind of dynamic leader we need at IPGA to drive our agenda and take the initiatives forward. Mr. Kothari has been instrumental in establishing the association and has relentlessly strived in furthering IPGA’s endeavours in the industry and trade. He has led the dialogue with the government and key stakeholders voicing IPGA’s views on policies as well as addressed all the challenges. We are confident that Mr. Kothari will further the association’s vision of being an apex body and a global think tank of the pulses industry and trade. I congratulate and wish him luck for this new role.”
Mr. Bimal Kothari, Chairman, IPGA said, “IPGA’s leadership team has been at the forefront of the shifts in India’s pulses trade and industry. We have created a well-articulated outlook towards the industry while working closely with the government, policy makers; trade in the larger interest of the farmers and trade. IPGA has invested significantly over the last decade in enhancing relationships with foreign ministries and partner associations through The Pulses Conclave, National Pulses Summit and IPGA Knowledge Webinar Series. I feel very privileged to take on this role at such an exciting time for our sector — the needs are changing rapidly. At the helm of affairs, I will ensure that we deal with these changes in thoughtful and innovative ways to achieve larger goals which will benefit all stakeholders for years to come.”
Mr. Kothari further added that “It’s a great honour to be named the Chairman of India Pulses and Grains Association and carry forward the legacy set by my predecessors. I look forward to their continued guidance and support of all the committee members. A lot has been done and there is still a lot to do under IPGA. There are programs to be conducted, issues to be addressed, and challenges to overcome. And unitedly, we will do it all and achieve greater heights. I’m grateful for this opportunity and look forward to the new journey starting hereon.”
On the new appointment, Mr. Sunil Sawla, Hon. Secretary, Indian Pulses and Grains Association, said, “It gives us great pleasure to elevate Mr. Bimal Kothari as the Chairman of IPGA. His promotion reflects the knowledge, experience, and continuing contribution he has made not only to association but also to the industry as a whole. I would also like to express my gratitude and appreciation to Mr. Jitu Bheda for playing an active role in guiding the association during his four-year stint.”
Recently, Mr. Bimal Kothari has led India Pulses and Grains Association’s recommendations for a Free Trade Policy and made a solid and strategic representation to the Ministry of Consumer Affairs, Commerce, Agriculture and DGFT urging the Government to allow Free Import Policy for pulses with a caveat that the import duty on each pulse should be such to ensure that the landed cost is above MSP.
The Key Highlights of the presentation included:
• The New Free Trade Policy will empower India to be a ‘Global Price Setter’
• The import duty can be levied on a per ton basis instead of a percentage basis
• Protect farmers’ interest and support PM’s vision of doubling farmers’ income
• Boosting of production and consumption as well as ensure nutritional security
• Create a Fund for Sectoral Development and Incentivise Exports
• IPGA is fully aligned with the policy makers and would play a proactive role in strengthening the pulses ecosystem
• IPGA’s role in monitoring Foreign Trade will help coordinate and catalyse policy-making
Series of strategies for the betterment of Indian Pulses sector have been discussed including setting up of a Dal Mill Modernisation Fund. IPGA specifically mentioned about the need to impose reasonable rates of Customs Duty on imports to balance the farmers’ and consumers’ interest.
About IPGA:
India Pulses and Grains Association (IPGA), the apex body for pulses and grains trade and industry in India has over 400 direct and indirect members which include individuals, corporates as well as Regional Pulses Traders and Processors Associations taking its pan-India reach to over 10,000 stakeholders involved in the farming, processing, warehousing and import business of pulses across the entire value chain.
IPGA’s vision is to make the Indian pulses and grains industry and trade globally competitive; and in so doing, help advance India’s food and nutrition security. IPGA takes the onus of essaying a leadership role in the domestic agri-business and plays a more proactive role in the global domain to foster healthy relations among Indian market participants and between India and all associates overseas.